World-famous Crufts, with Maggie and Oscar, through Stephen Salter’s eyes! 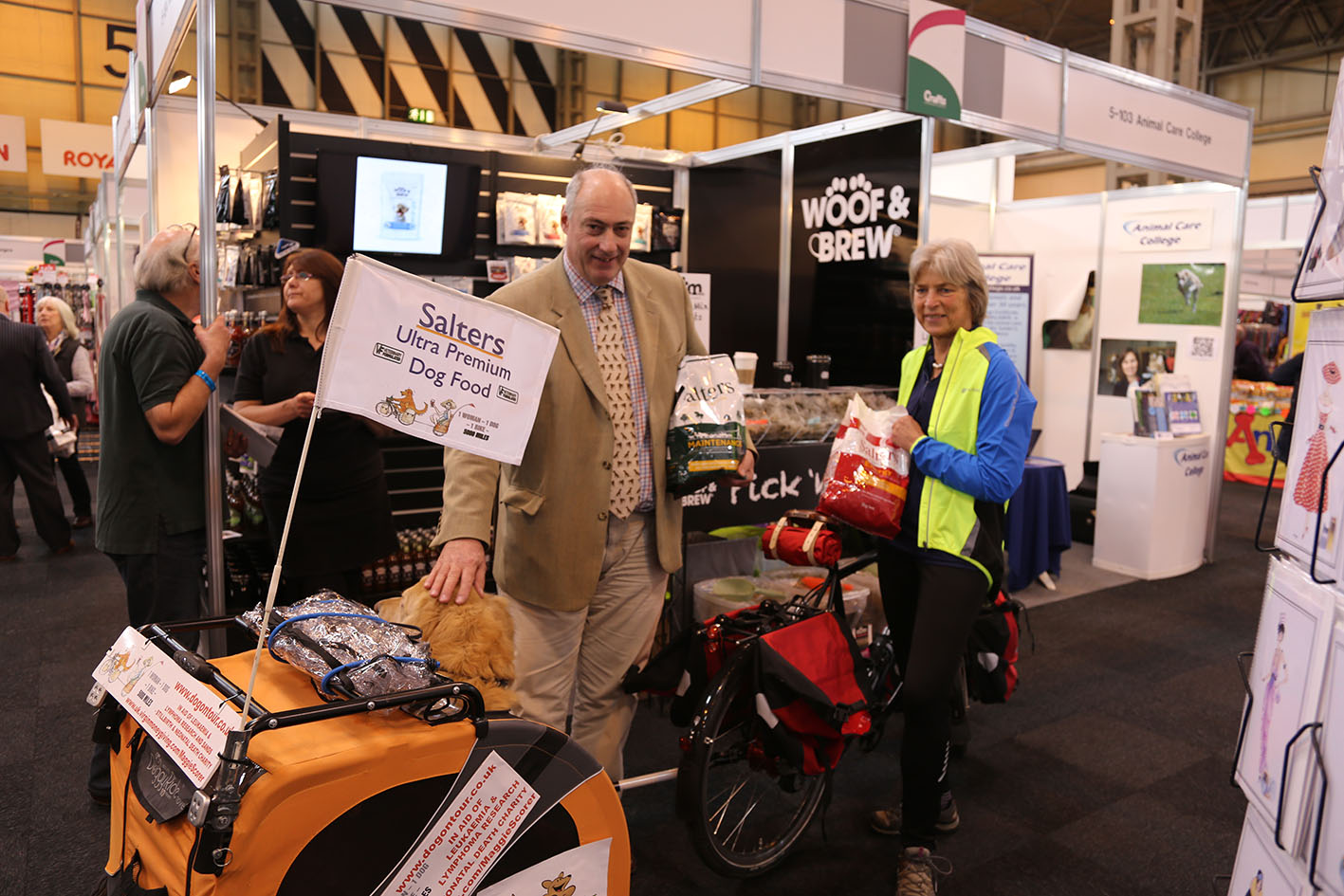 Stephen gives us his account of attending Crufts 2015 with Maggie and Oscar of DogsOnTour Fame:
Alarm at ten to five goes off with that distasteful ring, when it’s that time to rise up and out.
Fortunately I had been to Oscar’s home and loaded his trailer and Maggie’s bike ready for the morning the night before, thinking ahead I thought it would be opportunistic if I took the 5 meter high Salters Flagpole to raise in the car park at Crufts.
Having showered and shaved with one eye open, having clock-watched as you do all night, it took some time for my system to fully wake!… I was actually driven by the thought of a coffee en route.
At 6.20am I arrived at Oscar’s home and collected both himself and Maggie… just time for a wake up photo before the 4 hour drive.  First pit/wee stop was Bury St Edmunds on the A14 where Oscar wanted to race the training race horses, perhaps Maggie should have harnessed one of the horses to pull both her and Oscar around the UK.
Coffee en route we set off, with Oscar quite content to sit in the front of the van with his heat on Mums Knee.  Slight miscalculation of direction as we took the wrong turning and ended up on the way to “The North” these Sat Navs can’t be totally trusted!  Having corrected, we got back on track, only to be pained by roadworks – still that’s what driving is all about on our roads, lots of plastic cones forever reducing multiple lanes into “1”.  About an hour and a half later we had a well-earned stop for those natural demands having drunk a  large coffee!!  Still a chance for a new sniff round and a few leg raising exercises for Oscar.
By 10.30 we were in the Crufts car park , I thought it was the time to raise our profile for Salters, so up went the Salters’ 5 meter flagpole which could be seen across all car parks as we were at the highest point. Once this was secure we made our way into the arena where we were ushered into the press office, complete with Oscar in his bright orange chariot and Maggie on her bike all harnessed together with  the Salters little flag positioned just above Oscar’s head which protruded up and out the top of his chariot!
Every one that saw Oscar stopped to stroke him – he certainly was the star…. and poor Maggie had the job of manoeuvring around the desks in the press office until such time as the call was made to come to the stage.  When the time was right the call was given and the stars went on stage for the press and film crews to interview, there was a feroar  of clicking  and the Oscar Stars were being born.
We then left the press office and proceeded into the show with Oscar close to heel.  Meeting lots of people and other dogs, Oscar made friends and Maggie collected  some more valued donations when it was explained to people’s amazement that Maggie and Oscar were going to travel together around the UK raising both funds and interest in www.dogontour.co.uk  There were some amazing stands and no doubt amazing prices paid for the trade positioning.
At Salters we opt to give our dog food true value, and we feel value to our customers, by buying high quality ingredients and making our foods to a “Quality not to a Price” remember all the marketing and sales people and hotels and travel stands freebies all has to be paid for and who actually pays?
I met up with some very valued customers, who  brought along some new friends to Salters and the day was a great success with Oscar being the star performer, (bearing in mind that it’s Maggie that is going to bear the brunt of pulling both herself and the chariot and dear Oscar 5000 miles around our great country).  As the late afternoon was escaping it was time to be getting away.  As you might guess, our exit point would have to be the furtherest point from the car park, so quite a trek and then the worst happened, as Maggie was manoeuvring her bike whilst pulling Oscar she tripped and twisted her knee – with less than two weeks to go before setting off on her voyage of discovery! I quickly loaded the van and got both her and Oscar inside so that she could elevate her leg and reduce the swelling.
Thankfully this seemed to be successful, although there were terrible tailbacks with the traffic and we eventually got home back to Suffolk about 9.45pm.
Oscar was very well behaved and settled all the way by sleeping on the floor, only to be awoken for a wee stop at appropriate times and of course coffee and very naughty a bar of chocolate to keep us going…..not naughty but nice!
Well done Maggie and well done Oscar! 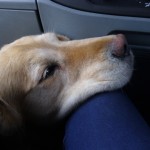 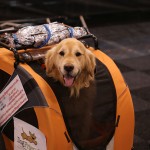 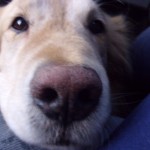 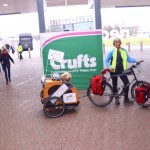 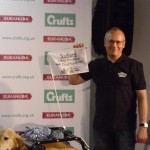 Join our Newsletter…
Latest Tweets
Tweets by @SaltersPetfood Follow us